Thanks for that explanation. So what happens when you feed a true 10 bit panel a 8bit source? Nothing? Display just displays as is? Or maybe in the case of something like a xbox one the gpu dithers the source up creating FRC? But maybe gpu dithering differs from display dither.


Chief Blur Buster wrote:I've never, ever heard of anybody ever having vision problems with inversion/FRC in an HDTV. There are many causes of eyestrain, and while I am no doctor, I would bet a whole house mortgage (At this point, with the huge numbers of clues you've given including plasma) that your eye problems are unrelated to inversion/FRC. Thus, at this point, I feel the discussion is useless for a person who hasn't had problems with plasma.

Honestly I am not looking for tips on reducing eye strain from this forum. I'm simply trying to understand what is going on here and how the tech is behaving.


Chief Blur Buster wrote:For the same resolution (1080p), the angular resolution of a 50" HDTV ten feet away via a sofa is lower than a 24" monitor from a computer chair two feet in front. And if you put a 50" HDTV (even the world's most flicker free one) on a computer desk only 2 feet in front of your face, you will get far more eyestrain from the size than even a flickerier 24" monitor. Fixing one problem creating bigger problems.

LOL I wasn't suggesting using a 50 inch TV 2 feet from my face. I was thinking maybe a 50 inch TV at distance of 8ft or so would do a better job of "hiding" flicker/noise of FRC or inversion then a monitor at 2 to 3ft. But then again it is a bigger display so don't know.
Top

Btw does displaying lower than native 4k content on a 4k display have any bearing on flicker?
Top

So here's the thing. 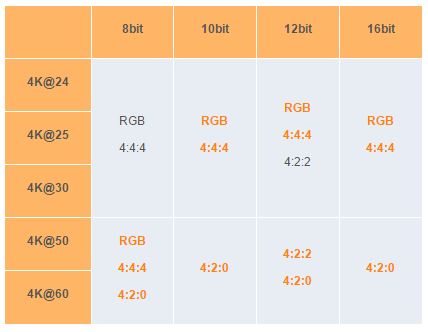 2) Problem with point 2 is just that - would solve a whole lot of concerns if one can find 1080 ips true 8bit for gaming.

3) 1440p is a weird resolution for console gaming. 4k makes more sense but native 1080p would be better. Especially in the case of the newer Xbox one x I'm thinking would take 4k downscale to 1080p and then monitor would upscale to 1440p. Im guessing same applies to other consoles like ps4 pro etc. Alot of scaling going on and don't know how image would look.
Top

I don't think point 1 matters because unless you plug in a 10bit signal it won't use FRC.

I'm pretty sure if you're playing in 4k it would simply downscale to 1440p.
Top

lexlazootin wrote:I don't think point 1 matters because unless you plug in a 10bit signal it won't use FRC.

I'm pretty sure if you're playing in 4k it would simply downscale to 1440p.

I'm not sure about xbox one or Xbox one x but on ps4 pro you can only select 4k or 1080p resolutions. No in between. I'm assuming it's the same on other consoles since they're designed for HDTV and hdtvs don't use 1440p resolutions.
Top

This maybe the wrong forum for this question but maybe @chiefblurbuster would know better about this.

So here's the thing I'm hearing even though OLED may not use PWM it still has a 60hz refresh flicker. As you can see in rtings.com PWM measurement graphs there is a consistent slight dip in the in the graph. http://i.rtings.com/images/reviews/c7/c ... -large.jpg

According to this forum member, who developed a kernel to remove PWM from the galaxy s7 edge that does use PWM to drive its oled, there is a 60hz refresh cycle dip. He has video recording demonstrating this type of flicker. He also says that this is jus the nature of oled tech. That even pwm free oled phones like the LG G Flex 2 have this 60hz refresh cycle. All the graphs back up his claims. See the posts by forum member name "wootever" on pages 1 and 3. https://www.forum.xda-developers.com/s7 ... 17739/amp/

You didn't ask a question.
Top

Question pretty much is are this years LG oleds or Sony oled flicker free?
Top

link wrote:Question pretty much is are this years LG oleds or Sony oled flicker free?


this site works for that kind of questions
https://www.notebookcheck.net/PWM-Ranki ... 979.0.html