What monitor are you currently using?

I'm just ordered the XL2546K, shout out to Camelcamelcamel for notifying me when the Amazon price dropped (-92€

), unfortunately I'll have to wait for it to be restocked but I couldn't decline such a low price.

How is the K compared to the S not using DyAc? from the images it looks like there's a lot of coronas with the K and AMA off looks pretty fuzzy? worse than the current 240hz IPS monitors...
Top

The images and review one page back, AMA off looks like the only playable one and also looks pretty blurry at least from that image, don't remember the S model looking that bad with AMA on and high
Top 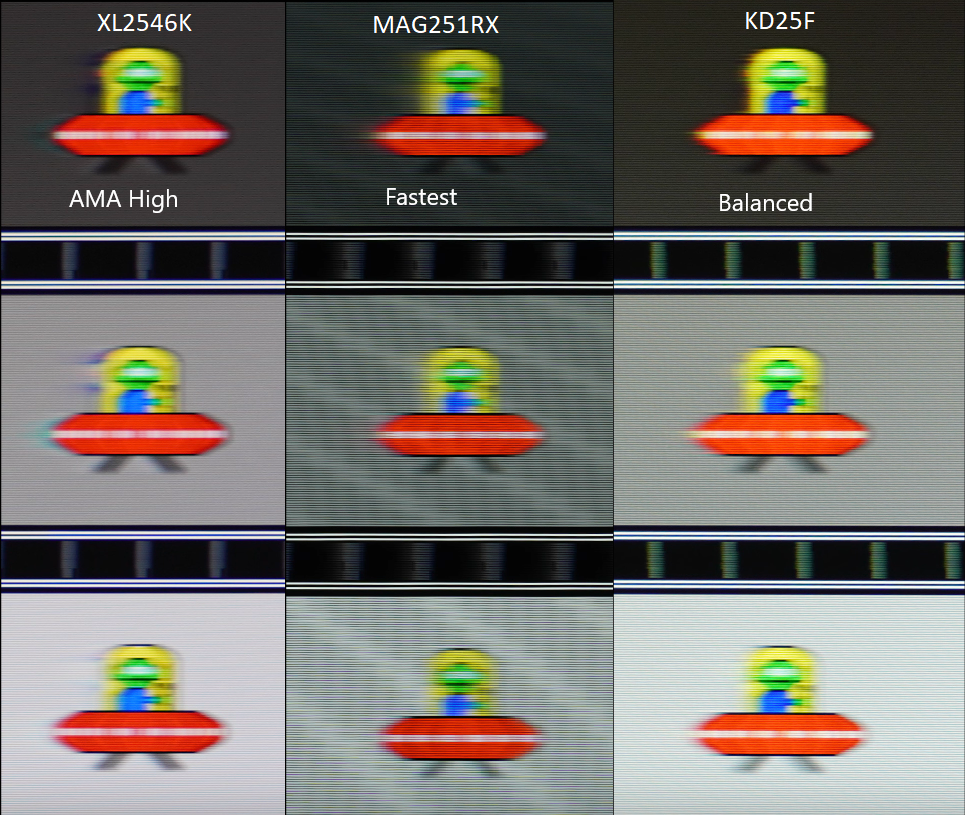 But using TN over IPS gets you that overall feeling of snappier feeling.
Besides, why would anyone use 2546K without dyac...and with dyac the monitor is just bonkersly better than the rest in terms of ufo test in particular.
Top

Conan wrote: ↑
06 Nov 2020, 08:45
But using TN over IPS gets you that overall feeling of snappier feeling.
Besides, why would anyone use 2546K without dyac...and with dyac the monitor is just bonkersly better than the rest in terms of ufo test in particular.

I have the non-K XL2546 and the only reason I use it without DyAc enabled is BenQ's arbitrary restriction on the monitor's minimum strobing hz. Their monitors can't do single strobing at <100 Hz, so if I'm trying to play a newer game that can't consistently hit at least 100 FPS, it's nicer to play with strobing turned off.

Also, with some games (notably, the Halo: The Master Chief Collection PC port), some motion is locked to a certain framerate that's lower than your overall framerate. An example can be found in MCC's Halo: CE: if you watch the opening cutscene with strobing turned on, you'll notice the character animations (which I believe are locked to either 30 or 60 fps) stutter to the point of unwatchability while the rest of the world (including camera motion) looks nice and smooth.
Top

If this korean review is correct then in terms of G2G this panel is the fastest LCD available in the market, with a minimum G2G of 1ms and a maximum of 1.5ms, the small variance between the lowest and the highest G2G can be a good indicator of the lack of asymmetrical blur, which can improve perceived motion clarity. 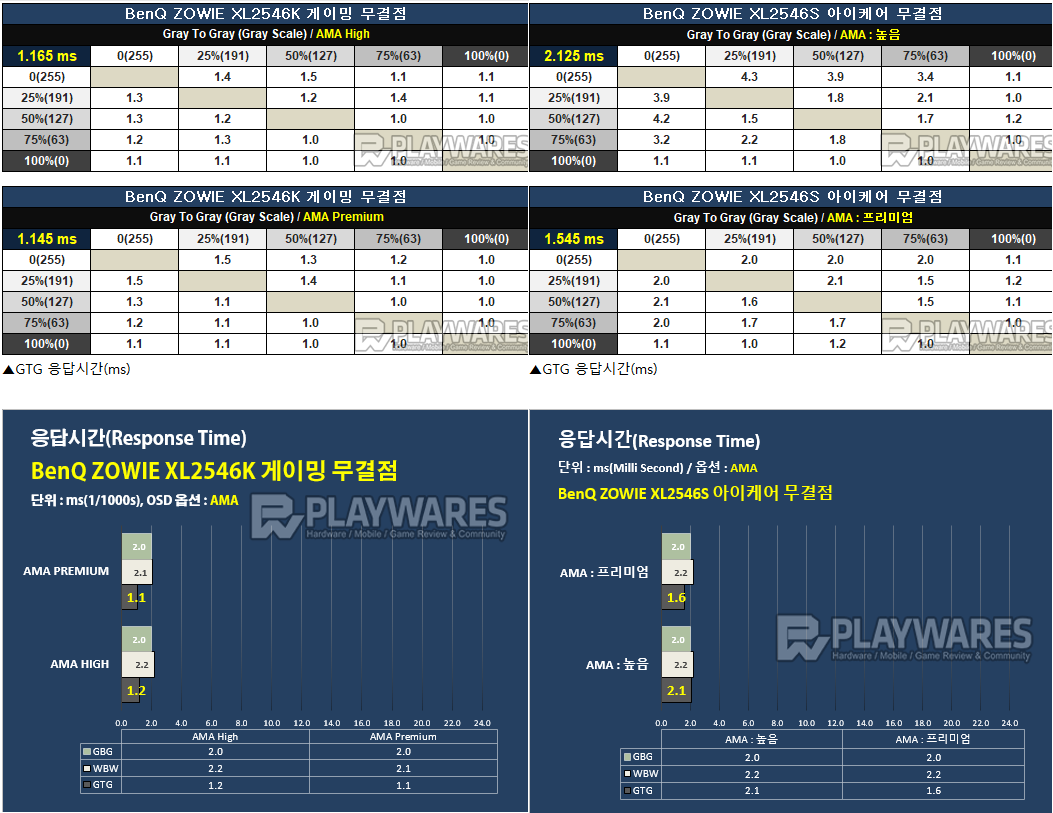 The chief said that:

I've seen GtG improve by >50% on the same panel with simple tuning stuff before. It depends on how bad it was before, and how much headroom to improve there is. Improved TCON/scalers might also be used even if the panel is identical; and the TCON might have cleaner LCD-driving voltages that work GtG slightly better. Overdrive lookup tables may be re-tuned for better GtG with less overshoot.

Next Tuesday I will put it side by side with my VG259QM to get a better idea of how good it is, I've been using OD120 at 240hz and OD80 at 280hz on the Asus so I'm perfectly fine with a little bit of overshoot if it means that there is an improvement in motion clarity.

I've been asking a lot of pros on twitch.tv owning Benq models if any of them where using Dyac and basically 30% of them were using it in games like CSGO and Valorant, fewer were using it in R6s and only 1 guy out of 18 was using it in Overwatch which is the main game that I play.