trey31 wrote:I'd have to re-install it to elaborate any further, but I noticed "smooth motion" in WinDVD Pro 11 (whichever version did 3D Blu Ray; might have been like "Pro Plus" or something like that) did a better job than several TV's with built-in motion smoothing. Combined with a motion smoothing TV it may fall apart though. I didn't play with it all that much.

From my experience, SVP definitely does a better job than any TV I've seen (it's probably pretty similar to WinDVD's system) and is somewhat configurable, but there's no way to overcome the inherent drawbacks of interpolation in the first place. It does come down to personal preference though. I personally find the interpolation artifacts FAR more distracting than the motion smoothness benefit provided.

trey31 wrote:Interestingly enough, I read that Peter Jackson used HFR specifically to reduce eye fatigue in 3D on large screens like IMAX. Same article said James Cameron praised the method and intends to use it on all future 3D releases.

As someone who saw it in person, I GREATLY prefer HFR to 24hz. Also for future reference, RealD glasses can be modded for Left + Left lenses for watching 3D films in 2D, which would actually work great if you dislike 3D but want to experience HFR 3D movies. Also they can be purchased as well, but I'm pretty sure the RealD ones pop open and you could use 2 left and 2 right lenses from 2 pairs to make 2 pairs of 3D-to-2D glasses.

EDIT: IMAX glasses can be easily popped out and swapped. RealD glasses would require 15-45 minutes to mod as you'd have to remove the hinge pins and replace them after swapping the lenses.

I actually have heard of people doing this before. I'd try it myself but it's been years since I've been to a movie theater and don't plan on going back anytime soon.
Top

While the human visual system - uses (micro-)saccadic movement to increase apparent resolution, this also increases the apparent resolution of video if the framerate isn't too low. So for games/film we only need to care about the static resolution to satisfy the HVS.
The diffraction limit for cone cells lies at about 0.6 arcminutes, for the fovea (2 degree angle)
But in practice we are also contrast and noise limited. This is defined by the human contrast sensitivity function.
So we rarely achieve more than 1 arminute angular resolution (ie. "20/20") 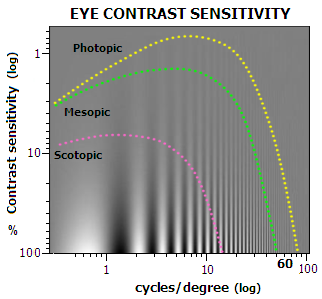 phpBB [video]
Thank you V-Sauce. In my name and the in name of the 2 331 987 viewers you educated with that video.

The video is a overly simplistic view on human frame rate.
We already discussed this in detail in the sticky-thread here: http://forums.blurbusters.com/viewtopic.php?f=7&t=333

-15 frames a second is nice and fluid.

We need the beta and phi effect to perceive apparent motion. He forgot the latter. 24 Hz are enough for both.
But those aren't the same framerates movement appears "nice and fluid", or "the framerate of the eye":
that's the critical ficker fusion rate, which varies by a order of magnitude (~10-100Hz), increasing with brightness, periphery and FoV.
So

isn't technically wrong, because "about" is a very relative statement.
And even CFF isn't the framerate movement appears "life-like" or "indistinguishable" due to temporal aliasing (e.g. strobing)

Yes, motion blur removes temporal aliasing, but only when it is relative to the eye movement.
For video and shutter blur this typically isn't the case, unless objects move slowly and eyes stay almost fixed.
Which is why the american society of cinematographers recommends speed limits.
That would help a lot, but modern "shaky cam" or fast action scences totally break those rules. 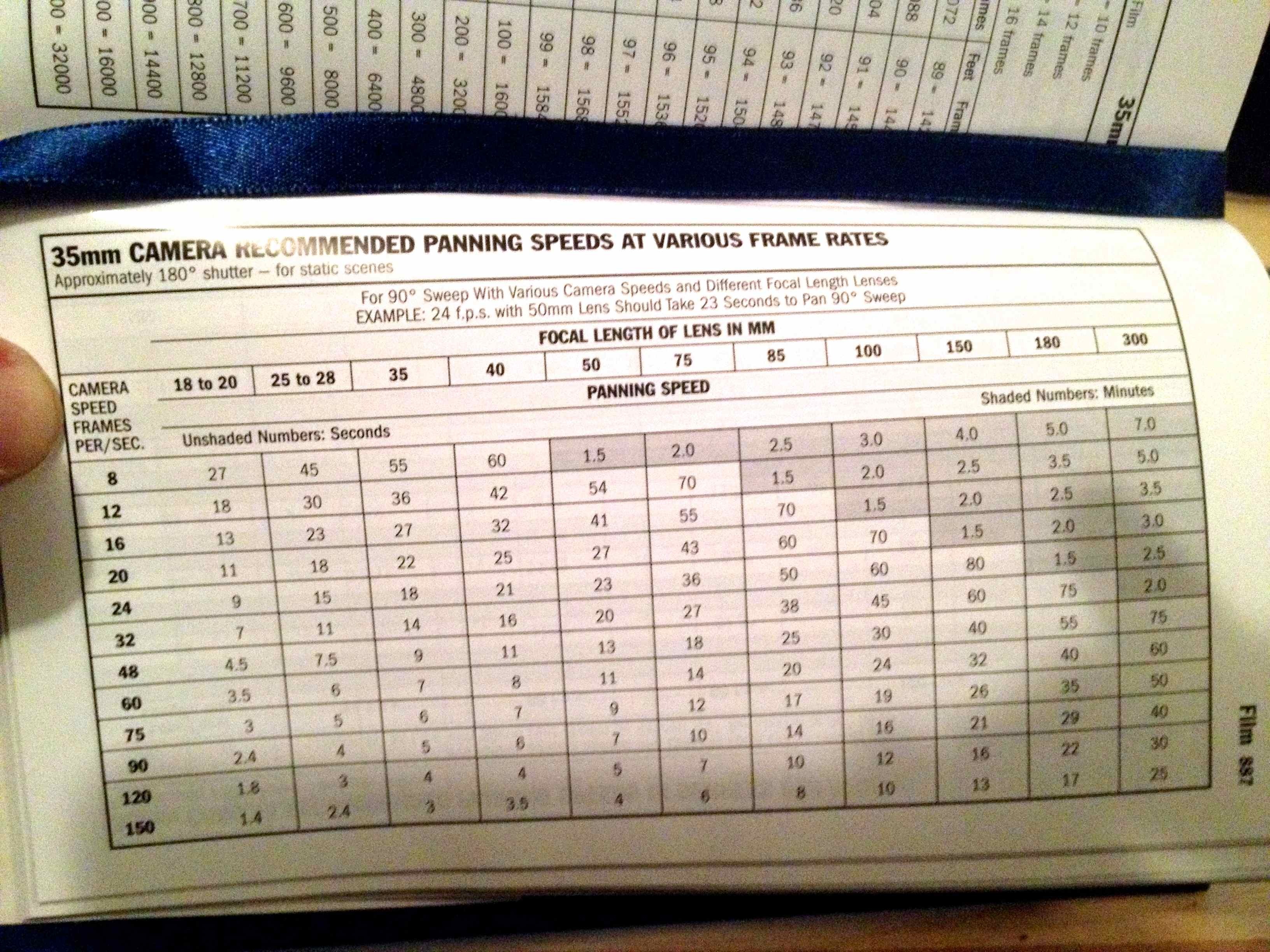 Motion blur without eye-tracking like he proposed in his video can actually cause eye-strain and headaches (if speed limits aren't met). On the other hand, higher framerates and higher FoV increases vection (illusion of self-motion), so it can genuinely make you motion sick, depending on the content.

Thx for the informed reply Scepti, I didn't know how to put it in word as well as you but i had just a portion of your deeper understanding hence why i wasnt replying to some of the other post lol
Top
Post Reply
23 posts