And a final note: Some monitors already do this accelerated scanout themselves when you choose a lower Hz. In these cases, you obviously are already getting the benefits of this trick and you don't need to customize the lower Hz modes. You can tell if this is the case or not in your monitor by comparing the pixel clocks of the lower Hz modes to the pixel clock of the highest Hz mode that supports strobing.
Steam • GitHub • Stack Overflow • Twitter
The views and opinions expressed in my posts are my own and do not necessarily reflect the official policy or position of Blur Busters.
Top


I think i read somewhere in this forum that gsync (ulmb) monitors are done in this way...
Top

Not sure. Mine doesn't.
Steam • GitHub • Stack Overflow • Twitter
The views and opinions expressed in my posts are my own and do not necessarily reflect the official policy or position of Blur Busters.
Top

Be very careful about terminology around here, "accelerated scanout" may be good and may be bad, depending on context.
Head of Blur Busters - BlurBusters.com | TestUFO.com | Follow @BlurBusters on Twitter

I now have the VG27BQ (TN Version) and it shows significant crosstalk in the upper half of the screen, similar to my old XL2411Z without VT tweaks. Compared to VT-tweaked custom resolutions and the ancient lightboost of my VG248QE, it is quite disturbing.

As an early verdict, I would say that anything above 90 FPS looks better on lightboost 120 Hz (or rougly 75 FPS @ 100 Hz). Lower FPS look better with ELMB-Sync, despite the increased crosstalk and ghosting.
In terms of brightness, ELMB-Sync is a lot brighter than [email protected] or [email protected] The backlight does show more bleeding in the middle at the top and bottom, but it is only really visible in scenes with constant, even movement (like the UFO test). During gameplay (Witcher 3), I did not notice it.
Colors and contrast are a lot better than lightboost and Benq-MBR. The included sRGB profile showed good results out-of-the-box and after calibration with my Spyder4Pro it showed 99% sRGB coverage.
Adaptive sync I have only tested with NVIDIA (GTX 1070) so far. It works well and looks better than expected. I was never bothered much by tearing, but after playing a bit with adaptive sync, it cannot be unseen and it is hard to go back.

edit: ghosting is also quite pronounced
edit: the ghosting is really distracting, got myself the XG270 now
Last edited by Razorless on 28 Jan 2020, 17:09, edited 1 time in total.
Top

One big problem is that scaler makers have been building-in hardware limitations to their panels that prevent strobe from overapping VBI. The scaler manufacturers are mainly based in China (or Taiwan).

It's even harder for VRR strobing because it can't always predict when the next VSYNC is, but they could at least design it so that strobing happens at the end of a scanout. It would be a massive improvment to strobe quality in reduced crosstalk, especially at lower frame rates, and the crosstalk would only appear when framerates went really high, since low frame rates at high Hz VRR is effective large vertical totals in realtime (since VRR = varying vertical totals!). By milking that properly, a manufacturer can dynamically reduce crosstalk at lower frame rates, rather than have max-Hz crosstalk (e.g. 80fps with the crosstalk of 144Hz strobing).
Head of Blur Busters - BlurBusters.com | TestUFO.com | Follow @BlurBusters on Twitter

Ya I decided to pass on the TUF ELMB sync monitors. Apparently strobe+VRR was too much of a hurdle to do properly. Too much cross-talk, even on the TN model defeats the purpose.
Top

Does anyone know if ELMB-SYNC works on both video cards manufacturer?
Top

At the technological development level, strobing inherently isn't locked to a particular GPU. It's by vendor choice (such as NVIDIA) to DRM-lock a specific strobe technology such as LightBoost or ULMB (which happen to be above-average-quality strobe technologies), to cover the extra engineering & R&D costs of the technology by the follow-on GPU sales.
Head of Blur Busters - BlurBusters.com | TestUFO.com | Follow @BlurBusters on Twitter 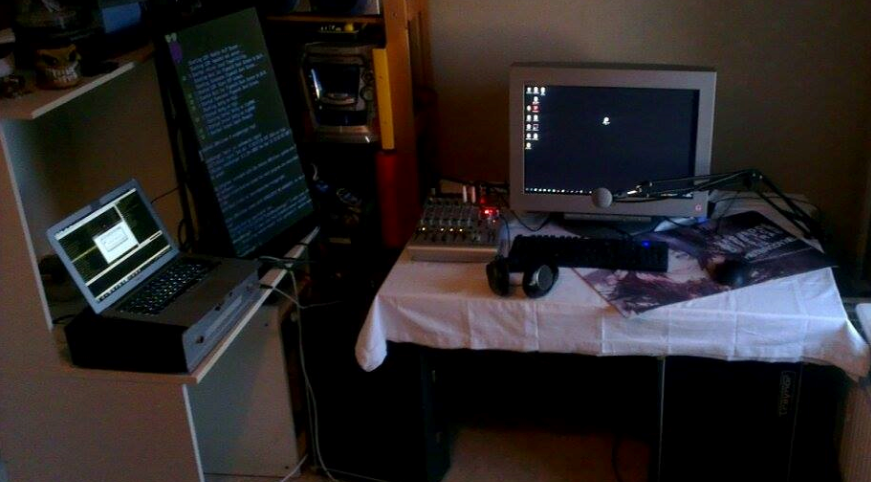 VG32VQ was able to compensate for it's lack of color with size, the XL2720Z could not since it had almost the same height as my CRT monitor. XL2720Z had to many downsides compared to my FW900, the ony plus side was it's wider view. So far, the VG32VQ is a good replacement to my crt, the postives are enough for me to compromise. I can give a more detailed review after i have gotten used to it. I highly recommend that every user take a good look on the blacks before they buy a VA or IPS monitor. Once i tried 32" , the 22.5" CRT just feels too small for FPS gaming. I will probably stay with VG32VQ until there is a oled alternative.
Top
Post Reply
27 posts