Neat. 281 Hz is one of the highest refresh rate overclocks I've heard of a 144 Hz monitor that has a single image full screen with only minor glitches (missing vertical pixel rows, washed out colors) -- all the higher refresh rates (400-500Hz) are heavily glitched.
Head of Blur Busters - BlurBusters.com | TestUFO.com | Follow @BlurBusters on Twitter

my BenQ xl2411p also stays black when try to go over 149hz . I m using DP and the DP cable that came with the monitor . Should I buy a new DP cable that has fast bandwith?
Top

I only put OorBuster shortcut in windows 10 startup folder, and set custom resolution with NVCP, using dual link DVI cable, does it really mean these are legit 200hz? In csgo it looks smooth, but can't seem to get used to it, as i mostly played at 144hz. Monitor xl2430t, it goes to 210hz after few more tests

Also did Activate 0xDC thingy for 2 settings from the first post with softMCCS, I didn't need 2nd monitor at all, Out Of Range and black screen errors fixes itself after several restarts of Windows 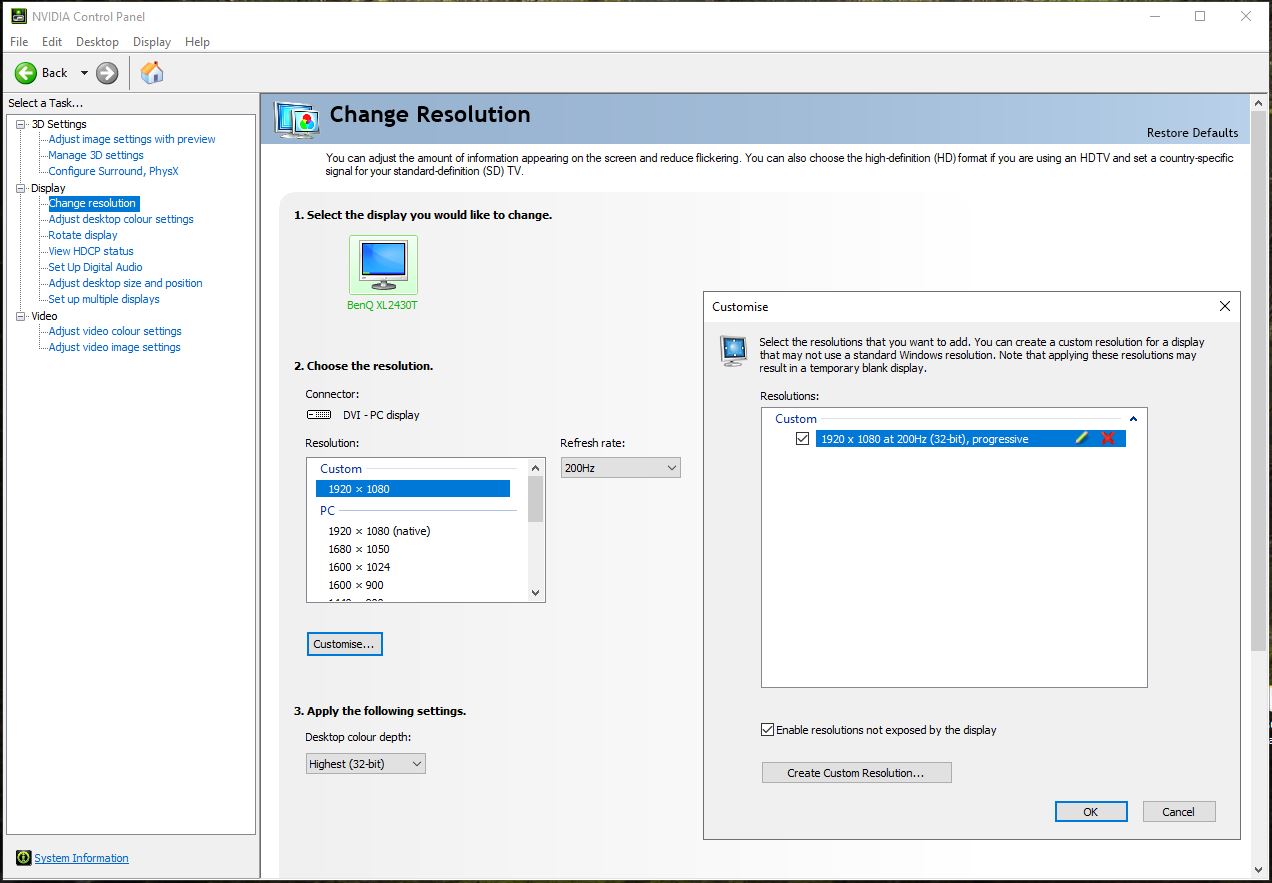 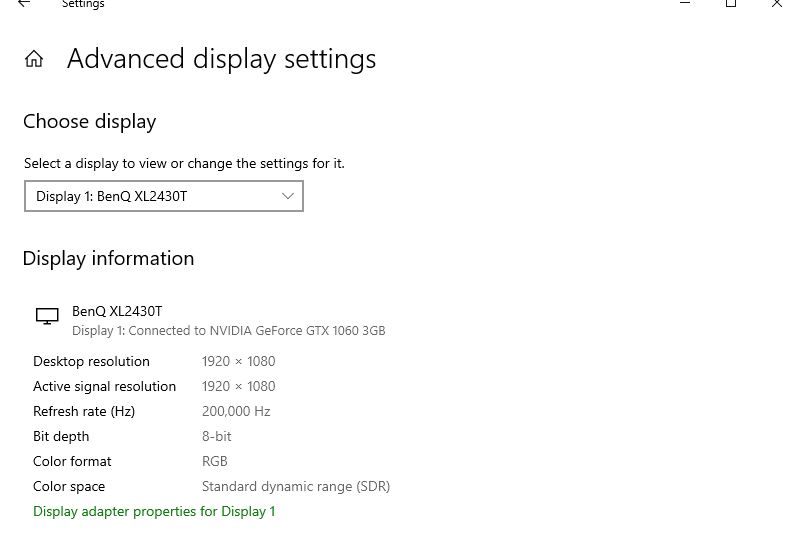