All Unidentified Forum Objects go in this area! Any fun alien talk goes in this U.F.O. Abduction Lounge, even topics other than monitors or computers. Introduce yourself!
Forum rules
Post Reply
3 posts • Page 1 of 1

A interesting video about the "blast processing" error found on the Sega Genesys that someone figured out how to use to sync a CRT back with the Genesys processing and in turn enable a larger color pallet. Just thought someone here may find the concepts of it interesting.

Re: Sega Genesys Blast Processing! [and other 8-bit feats]

Why it's so impressive: The CGA could only do 4 colors in graphics mode. But this demo manages to blow the VGA adaptor away with some insanely clever trickery. Remember CGA? That was before EGA, and way before VGA. The audacity to push a CGA beyond VGA, in a demo.
Link: The 8088 MPH Demo 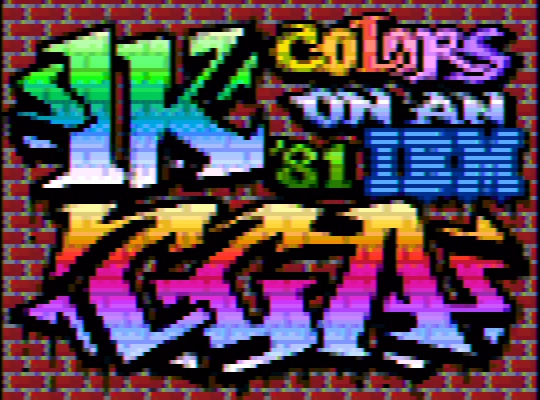 Why it is so impressive: In 2019, someone finished an ACTUAL PORT of Super Mario for Nintendo. Mario for Nintendo, to the Commodore 64 computer. A system running on a slower CPU that had only 8 sprites (the Nintendo has 64 sprites with a hardware multiplexor). The Commodore port was using an impressive software-driven(on a 1MHz CPU) 48-sprite multiplexor and a very unusual VSP scrolling trick, and a software-emulation(on a 1Mhz CPU) of the Nintendo sound. Even many of the original Super Mario hacks on the real Nintendo, actually works on this port -- including many old 1UP tricks and level-jump tricks; such an uncannily near-perfect port onto a slower 8-bit computer. Much of the original 6502 code was literally copy and pasted from NES ROM to the Commodore 64 port, with hand modifications only where necessary. It took 7 years to port and the result was so masterpiece, that it received a DMCA takedown by Nintendo.
Link: Lemon64 Forum Thread

I have some personal feats, probably not as impressive as the above, but included anyway because most people who are interested in "these tricks" are also interested in some little-known feats I've done, too.

The commodore 64 computer is the platform I cut my teeth on. Back in 1986-1991 I actually had a hobby programming a Commodore 64 -- I actually personally (Chief Blur Buster) programmed a Uridium clone in 100% 6502 programming in SuperMon64. Here's my old Lemon64 forum thread.

Occasionally, I still play with raster interrupts from time to time. They're still sorta possible to do on modern GPUs in a coarse way: In fact, I believe that I'm the world's first person to pull off a real-time-raster Kefrens Bars demo on a GeForce/Radeon through the "VSYNC OFF tearlines are rasters" trick. Derivatives of this research are is now used as a lagless VSYNC mode in WinUAE Amiga emulator to synchronize the emulated raster with the real raster (even on high-Hz and VRR displays too).
Head of Blur Busters - BlurBusters.com | TestUFO.com | Follow @BlurBusters on Twitter

Re: Sega Genesys Blast Processing! [And other 8-bit feats]

I think this is super cool. Especially that Mario port just unbelievable. I used to game on an Amiga monitor and used it well into the late 90's for console gaming. I was a fan of the Amiga computer and the Atari ST before I got into the consoles. One of my uncles used to program on the Commodore and I remember the Adam computer with the cassette tapes we used to go to the store and rent games and he would copy the games on other cassette tapes. Good times.
Top
Post Reply
3 posts • Page 1 of 1